Does your pet have Valley Fever? 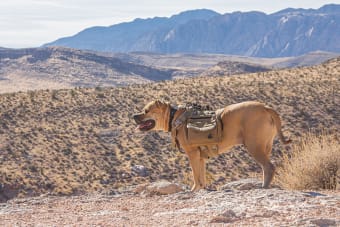 Valley fever is a condition seen in people, dogs, cats and livestock throughout the Southwestern states but most especially in Arizona. Our Tucson vets explain the symptoms that could indicate that your pet has valley fever.

What is Valley Fever?

Coccidioidomycosis is a condition seen in dogs, cats, livestock and people that goes by a number of different names including Valley Fever, desert rheumatism, San Joaquin Valley Fever, and California disease.

Valley fever is caused by a pathogenic fungus called Coccidiodes immitis that lives in the soil and thrives in particular desert climates. In the US Coccidiodes immitis can be found in the low desert regions of New Mexico, Texas, California and most especially in Arizona.

Central and southern Arizona are believed to have the highest incidence of Valley Fever in dogs. In certain parts of Arizona it is estimated that 6-10% of dogs will develop symptoms of Valley Fever.

Our vets at Veterinary Specialty Center of Tucson see Valley Fever in both dogs and cats, although less frequently in cats. It is estimated that for about every 50 dogs with Valley Fever our Tucson vets will see 1 case in cats.

How do pets get Valley Fever?

Pets develop Valley Fever when they breathe in Coccidiodes immitis fungal spores. When the spores are inhaled by your dog or cat they grow into spherules within the pet's lungs.

In dogs and cats that have a strong and healthy immune system, the body is typically able to 'wall off' the spherules preventing symptoms from developing. This means that the pet may have the condition but have no symptoms of Valley Fever, known as asymptomatic.

If however your pet is very young, old, or has a compromised immune system the spherules will continue to grow until they eventually burst, releasing hundreds of endospores that can spread throughout the lungs and other parts of your pet's body where the cycle will begin again and the condition will become increasingly severe.

Is Valley Fever contagious between pets?

Valley Fever in dogs and cats is not contagious between pets, and can only be contracted through the inhalation of spores.

Are the symptoms of Valley Fever the same in dogs and cats?

Although cats and dogs share many similar symptoms there are some differences between the two:

Symptoms of Valley Fever in Dogs

In the early stages, when the spherules are contained within the lungs, symptoms of Valley Fever in dogs typically include:

Once the fungal spores have reached other parts of your dog's body the signs of Valley Fever in dogs may become more severe and could include:


In some very rare severe cases, if the fungus reaches the brain, Valley Fever can result in seizures.

If your dog is displaying symptoms of Valley Fever it is essential to seek veterinary care as quickly as possible to avoid serious health complications.

Symptoms of Valley Fever in Cats

As mentioned earlier, Valley Fever is less common in cats than in dogs. When this condition does occur in cats it tends to be in younger active outdoor cats since the spores are typically found below the surface but become airborne if that cat digs or during very windy conditions.

Common symptoms of Valley Fever in cats include:

Cats with Valley Fever seen by our vets at Veterinary Specialty Center of Tucson tend to be much sicker than dogs diagnosed with the condition. This may be due to the fact that it can be more challenging to detect when a cat is feeling unwell, so pet parents begin noticing symptoms only when the condition is more advanced.

What is the treatment for Valley Fever in dogs?

The treatment for both dogs and cats with Valley Fever will typically include an anti-fungal medication such as fluconazole (Diflucan®) or itraconazole (Itrafungol® and Sporanox®). Dogs may also be treated with ketoconazole (Nizoral®) which is not well tolerated by cats.

Is Valley Fever curable in pets?

The prognosis for pets diagnosed with Valley Fever depends upon the severity of the condition as well as other factors such as your pet's overall health, and age.

Prognosis for Dogs with Valley Fever

Prognosis for Cats with Valley Fever

Is your dog in need of urgent veterinary care? Contact us! The vets at Veterinary Specialty Center of Tucson are trained in emergency medical care and triage for pets. Anytime you're unable to reach your primary care veterinarian, we're here to help!